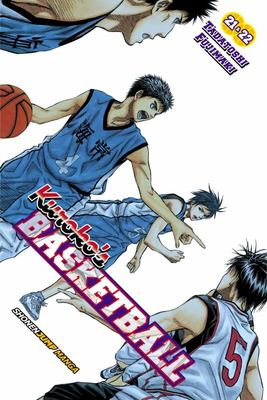 
Tetsuya Kuroko doesn't stand out much. In fact, he's so plain that people hardly ever notice when he's around. Though he's just as unremarkable on the basketball court, that's where his plainness gives him an unexpected edge--one that lets him execute awesome moves without others noticing


It's Rakuzan versus Shutoku The showdown between Miracle Generation members Akashi and Midorima is finally under way. Meanwhile, Seirin is getting ready for its game against Kaijo High and Kise Kuroko has proven his worth with his Vanishing Drive and Phantom Shot moves, but can they match up to Kise's Perfect Copy?