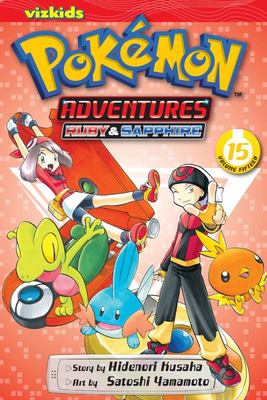 
Ruby's father Norman is the new Gym Leader of Petalburg City. But Ruby doesn't want to follow in his father's footsteps--he wants to win Pok mon Contests Sapphire's father Professor Birch is the local Pok mon researcher. But Sapphire is tired of gathering scientific data--she wants to win Pok mon battles When Ruby and Sapphire meet, they're more likely to hit each other than hit it off. But then Sapphire challenges Ruby to a competition... Which of them will achieve their dreams in just eighty days?


Meanwhile, what dastardly plan is Team Aqua up to...and how does it involve Sapphire?