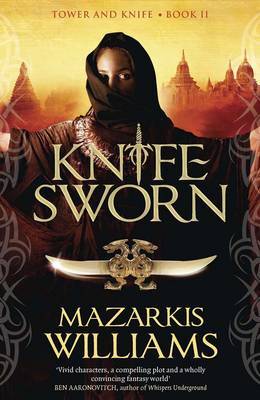 After a lifetime locked in his tower room, Sarmin has come into his own. He is the crowned emperor; he has wed Mesema of the horse tribes; the Pattern-Master - the being that caused a deadly plague in order to control the minds of Sarmin's people - is dead. Everything should be happy-ever-after. But war has ignited in the north; in the Palace intricate plots blossom around the Petal Throne, and in the darkness of Sarmin's room, the remnants of the Many haunt his thoughts. The worst damage left by the Pattern Master is about to take Sarmin unawares.

Mazarkis Williams has degrees in history and physics, and a passion for cooking and cats. Mazarkis has roots in both Britain and America and now divides time between Bristol and Boston.