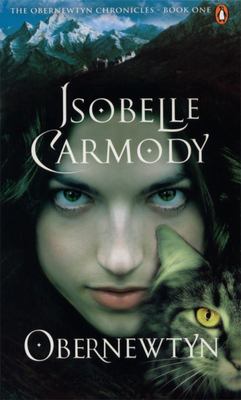 The Obernewtyn Chronicles - Book One

For Elspeth Gordie freedom is-like so much else after the Great White-a memory.

It was a time known as the Age of Chaos. In a final explosive flash everything was destroyed. The few who survived banded together and formed a Council for protection. But people like Elspeth-mysteriously born with powerful mental abilities-are feared by the Council and hunted down like animals...to be destroyed.

Her only hope for survival to is keep her power hidden. But is secrecy enough against the terrible power of the Council?

Isobelle Carmody is Australia's most highly acclaimed author of fantasy titles for older readers. She began her first book, Obernewtyn, when she was fourteen and since then she has written some of our greatest works of fantasy. Whilst she is perhaps best known for the Obernewtyn Chronicles (now comprising six volumes), her novel The Gathering was joint winner of the 1993 Children's Literature Peace Prize and the 1994 CBC Book of the Year Award. Also, Greylands, was joint winner of the 1997 Aurealis Award for Excellence in Speculative Fiction - Young Adult Division, and was named a White Raven at the 1998 Bologna Children's Book Fair. She has written many short stories for both children and adults and her picture book The Wrong Thing, illustrated by Declan Lee. Isobelle's first book in a new series for younger readers, Kingdom of the Lost: The Red Wind was winner of the CBC 2011 - Younger Readers Award. Isobelle divides her time between Prague in the Czech Republic and her home on the Great Ocean Road in Australia.